One of the UK’s most recognisable bird of prey, the kestrel (Falco tinnunculus) is suffering from a massive decline in numbers.  No other bird of prey can truly hover like the kestrel and this bird has found its way into the hearts of every nature-minded person.  Unfortunately the population has decreased by 10,000 pairs in the last 20 or so years.

Coinciding with the disappearance of the kestrels are the increase of other birds of prey, in particular buzzards (Buteo buteo) and the red kite (Milvus milvus).  In which the latter was declared extinct in England and Scotland by the early 20th century with only a handful left in Wales. 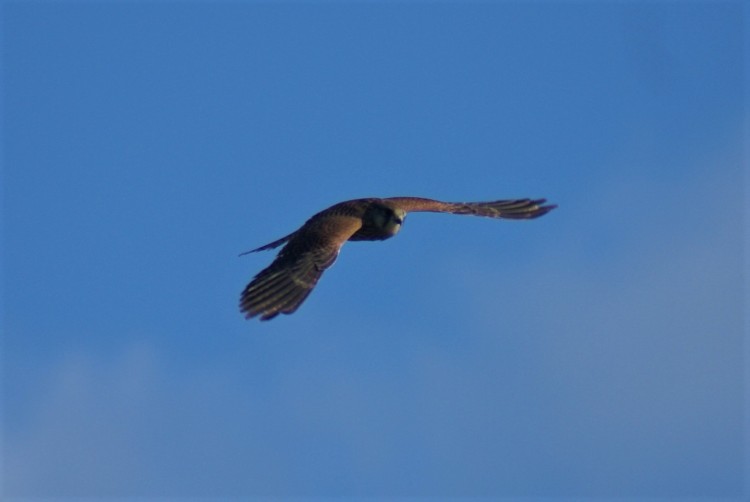 The difference between the kestrel and the other two birds of prey mentioned are the diets.  Red kites and buzzards are scavengers and can eat carrion while the kestrel primarily sticks to hunting small mammals and birds.  Therefore a change in the food supply is a likely cause and the fingers are pointed at intensive farming.

Increased intensive farming has reduced food such as mice, voles and shrews through the use of chemicals to a degree that the predators such as the kestrel are being affected too.

What can we do to help?

We can’t, of course, put out food for the kestrels like we would with garden animals but we could reduce the impact of intensive farming has to the food of the kestrel.  Buying produce from low intensive sources can reduce the demand for intensively farmed crops.  But ultimately it is down to the farmers.

There is a nice website you can check out whenever you do see a kestrel, so that we can keep a rough idea of how well they are doing:

It is really simple to do and will help a lot

More information on kestrels, as well as buzzards, red kites and all our other birds visit the RSPB website

I'm Alex from the south of England. I have always been fascinated with the natural world & I am currently studying zoology at Reading University View more posts